Days after clashes between workers of BJP and CPI(M) in Tripura, and amid a push by the TMC to emerge as a power in the state, former chief minister and senior CPI(M) leader Manik Sarkar tells The Indian Express that attacks are taking place on CPI(M) workers since the party is regaining ground, and that Trinamool may still be at a nascent stage in the state. Excerpts:

Recently, there were clashes between BJP and CPI(M) workers in Tripura, and offices of your party were targeted.

It appears Tripura is out of India (and) the Constitution of India does not work there under BJP. The day Assembly poll results came out in 2018…the attacks started that (same) evening. It has not stopped. Fascistic attacks, I would say.

In the last 42 months, they organised so-called elections to local self-governments — the Opposition was not allowed to submit nomination papers in 90 per cent of the seats. The Lok Sabha elections in the two seats (of the state) were massively rigged…even the Election Commission was forced to go for re-polling.

Second, opposition parties are barred from exercising their democratic rights; the CPI(M) and other partners of the Left are targeted. Even the Congress — in places they were also attacked.

Third, Opposition MLAs are not being allowed to go freely in different parts of the state and (even) in their constituencies. I was prevented from moving around on more than 15 occasions. Three of our MLAs were physically attacked.

Fourth, the press is being attacked. More than 35 mediapersons were physically attacked in the last one-and-a-half years.

Why do you think these attacks are taking place?

Because what they (BJP) promised during the Assembly elections, they could not deliver. It was clear to us at that time itself that those promises cannot be implemented. The way they put forth their vision document…(for the) employees, youth, women, urban and rural poor… each family, they promised, will be benefited financially. And that created problems. They were claiming there will be a double-engine government; now they have made a volte-face.

For instance, they had promised that one member of each family will get a government job; now people have started asking (questions). We have also started taking up these issues…people are now telling us that they made a mistake (by voting for BJP).

Our (Left Front government’s) record on NREGA was wonderful — 94 days (of work in a year), the highest in the country…on an average 82 days. It has come down to below 50 (days under BJP government in the state). People are not getting wages on time. And people are getting angry…it is perhaps their (BJP government’s) belief that through muscle they can stop people from coming out of their homes.

Despite our limitations — we did not get that much support from the Centre — we tried our level best to deliver the goods (under the Left Front). Starvation deaths were stopped, selling of offsprings was stopped, people leaving the state in search of livelihood and food — that was stopped…. Shelter was provided, land was distributed, irrigation was improved, infrastructure was developed. Power generation increased so much that we became a power-surplus state. There was no anti-incumbency.

Have you analysed why the Left suffered a defeat in the 2018 Assembly elections? The BJP was not a force in Tripura then.

The anti-Left vote got consolidated. We used to get on average 52-54 per cent (votes); it used to go up in Parliamentary elections. In 2013 elections, BJP got less than 5 per cent (votes). The Congress and their allies got more than 42 per cent. The Congress got divided and Trinamool Congress was formed…later Trinamool merged with BJP. So a large chunk of anti-Left votes they (BJP) could gather. That was the main reason (for Left’s defeat in 2018). Allurements too — that if they come (and join BJP), they will get something.

What are the corrective measures you have taken?

Corrective means…now we are under attack. I cannot claim we have (committed) no mistakes, or (have no) shortcomings. A responsible party cannot claim that. We have identified all these things and are trying to rectify them. We are changing our style of functioning. (But) they are not allowing us to function.

How has the style of functioning changed?

At the time of elections we are going door-to-door to campaign. But it (momentum) has to be maintained…

So there was some sort of disconnect with the people?

No. That cannot be said, because despite all this (adversities), we got more than 44 per cent votes. The Prime Minister, along with a number of his Central ministers — at least one year before (the elections) they started (campaigning)….money power, muscle power, the media…nothing was left (untouched).

We cannot compete with them. Ours is a small party. But despite all this, politically, ideologically, in terms of organisation, we tried our level best. That is why this 44-45 per cent (of votes) could be retained.

Trinamool Congress is making a determined bid to carve out a space for itself in Tripura.

After its establishment in West Bengal, its main leader started visiting Tripura…to build up Trinamool Congress. (The TMC) contested a number of elections (in Tripura) but could not win any seat. That is the history (of TMC in Tripura). But during our time we never created any problem for the Trinamool Congress, or any other party.

The situation has changed after TMC’s victory in Bengal in this year’s Assembly elections.

Now the situation has changed… In Tripura, the BJP is in government. They (TMC) are raising the slogan, ‘we will win the battle, form the government and BJP will be ousted’. They (TMC) are (also) not being allowed to move freely. We denounce it. It is undemocratic. The prestige of Tripura is being marred, because Tripura has a long tradition of democratic activity

Will the aggressive bid by TMC divide Opposition vote and help BJP?

It will be too early to draw any conclusion. We are on the field, (and) they (BJP) are concentrating their attacks on us. Otherwise, why should they attack us? The main attack is against us. If people have really left us then they will not bother to attack us. (But) at this moment, it is too early to draw any conclusion. Election is about two years away. But I should say that people are coming back to us in a decisive manner.

Are you in favour of Opposition unity to ensure there is no division in anti-BJP votes?

The Tripura situation is quite different from other states. The political situation differs (from) state to state…. Election is still far away. Let us wait and see. It will not be prudent on my part to comment (on this) at this moment.

What is the problem the Left is facing in its bastions, barring Kerala? You could not win a single seat in West Bengal. In Tripura, the Left was ousted. It it an ideological problem?

There is no ideological problem. Our political stand is very, very clear ideologically. We have actually run the government, (and) people have seen that — not the people of Tripura alone, but the whole country (has seen how Tripura was administered by the Left). This force has developed through struggle — the Left is out on the field. We are fighting (for the people). It is too early to comment.

To fight this fascistic force, the call from our party is that there is a need for all secular, democratic, peace-loving people to come together. In Tripura, also we are working on it…. We are gaining ground. That is why they are attacking us…(these are) fresh attacks.

Does the Left need a course correction for returning as a force to be reckoned with at the national level?

Our target is fundamentally to change the (capitalist economic) system of our country. That may take time. As for correction, the West Bengal party (unit) has undertaken that. The result of the last Assembly election was of course devastating…our central committee discussed all these things, reviewed them. They have started afresh, changing their pattern of organisational work, activities.

As you have seen in Kerala, you have to learn lessons from defeat. 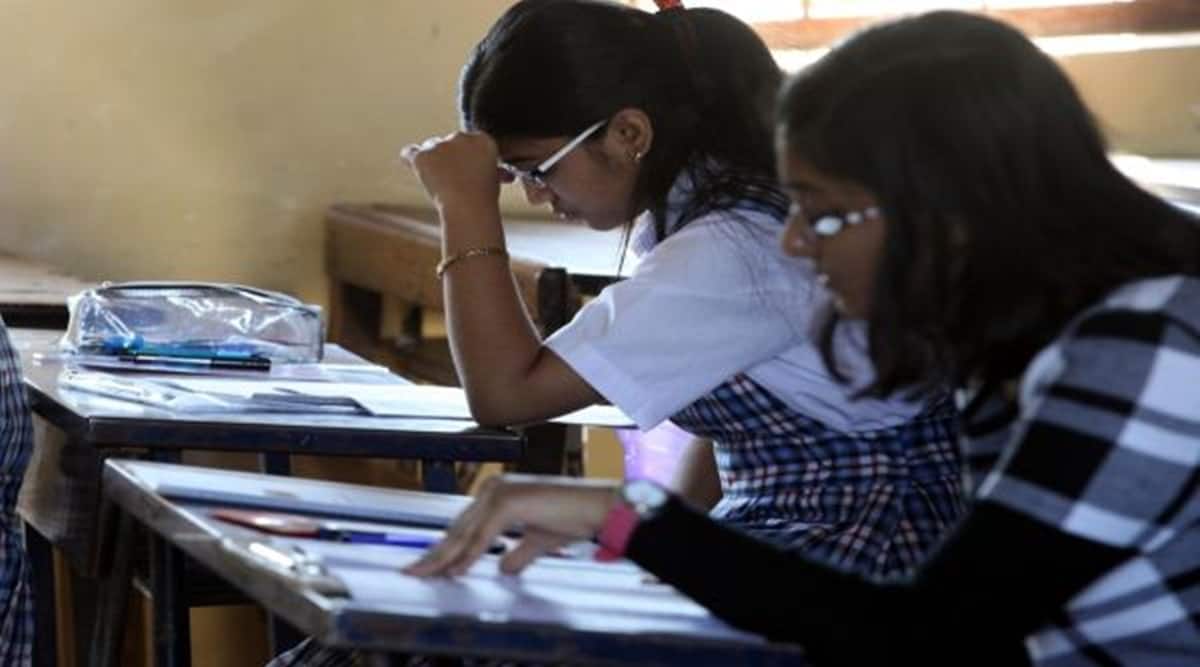 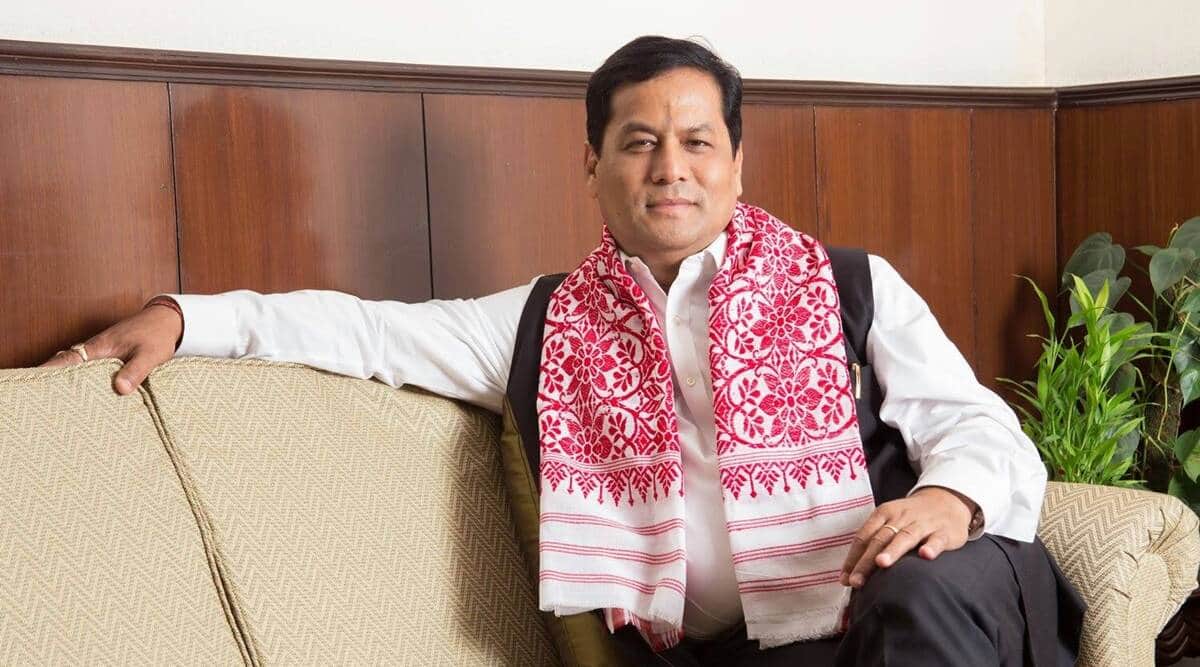 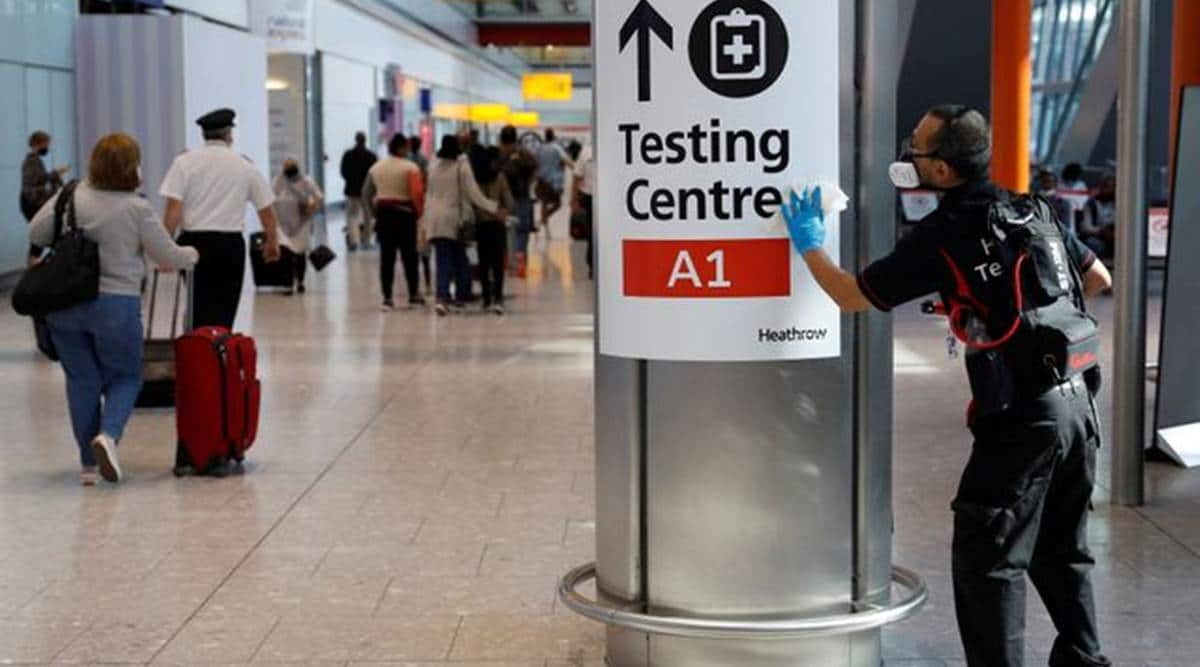 India at SCO exercise in Russia with China, Pak From vaccination to case numbers, all Covid developments you need to know today No ceasefire violation along LoC in Kashmir since February agreement: Army officer 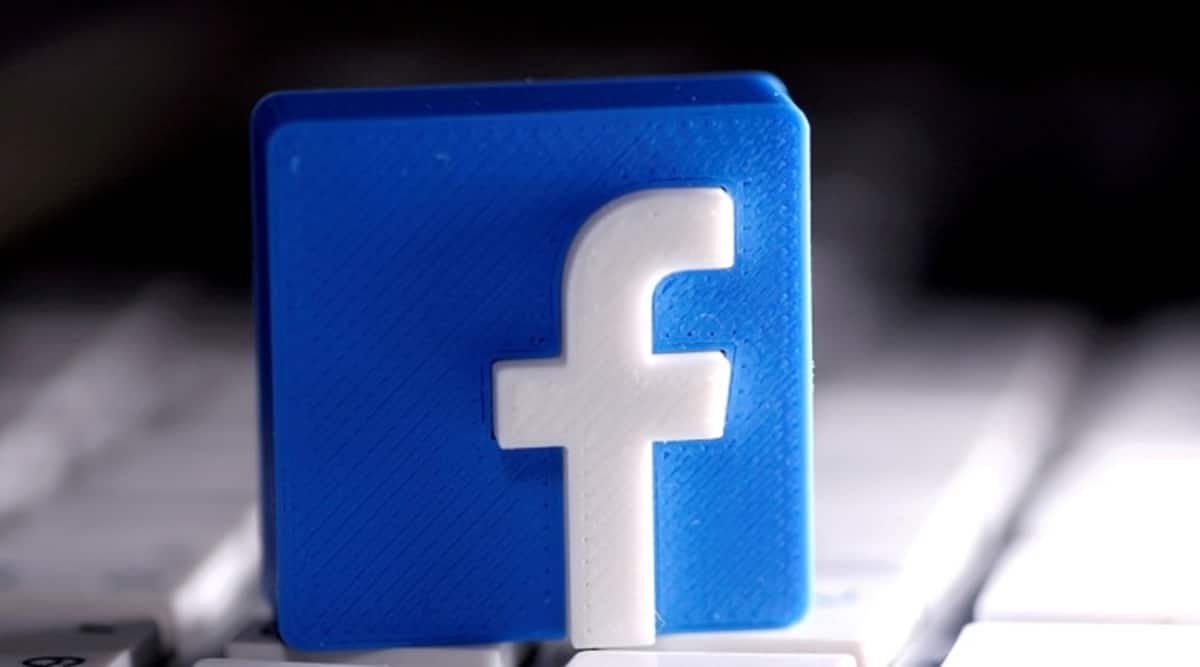 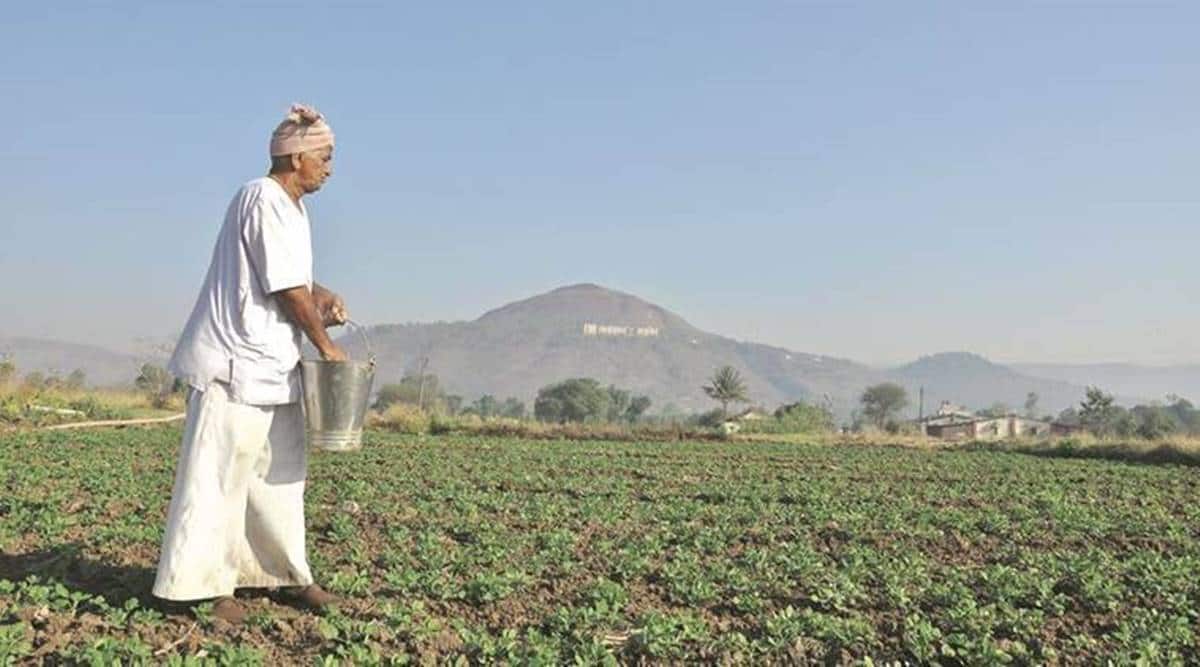 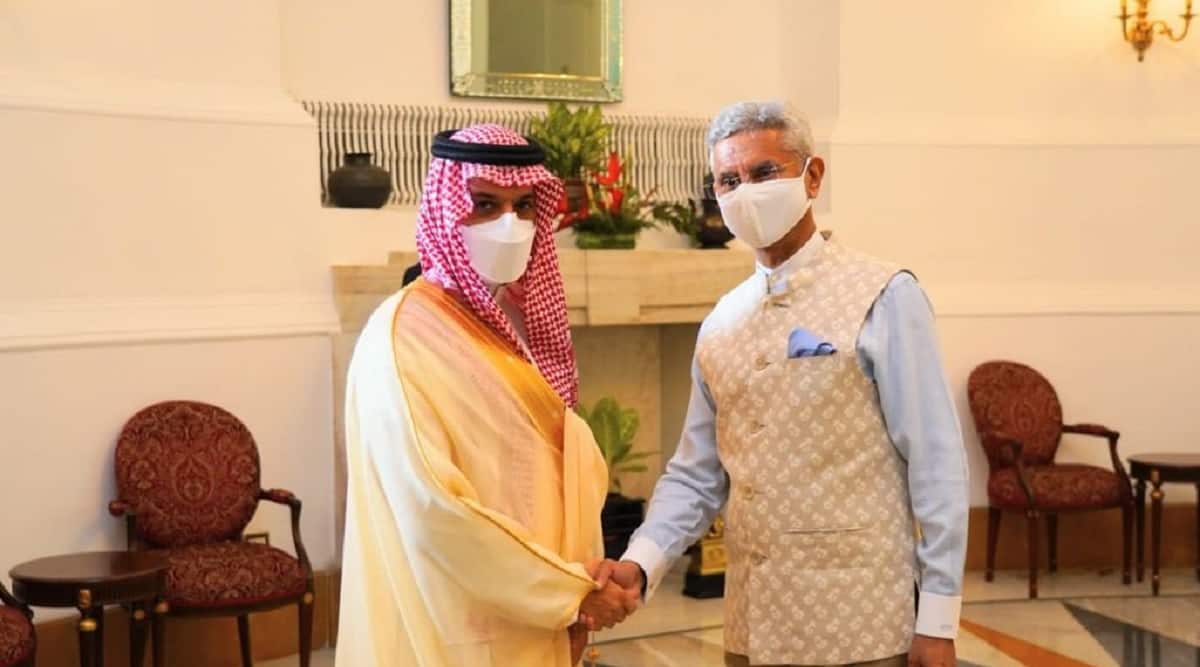 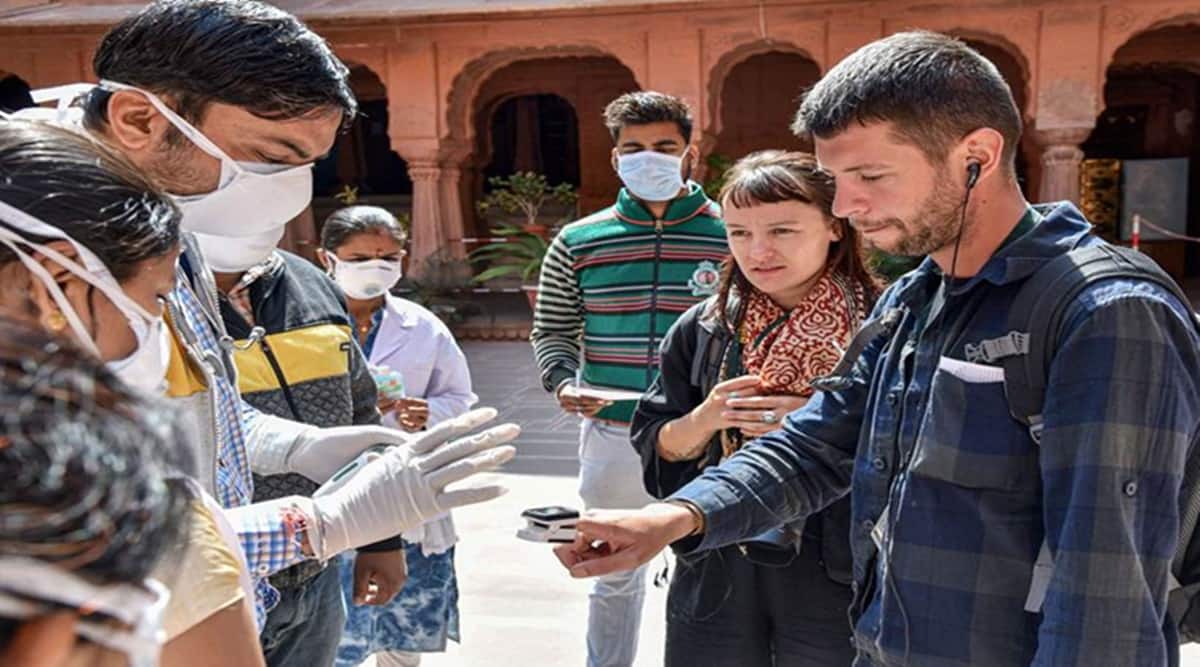 Foreign tourists may be allowed to visit India soon